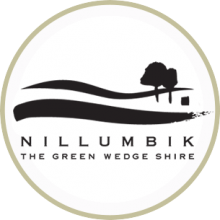 The Shire of Nillumbik is located less than 25 kilometres north-east of Melbourne, and has the Yarra River as its southern boundary. It extends 29 kilometres to Kinglake National Park in the north. The Shire stretches approximately 20 kilometres from the Plenty River and Yan Yean Road in the west to Christmas Hills and the Yarra escarpment in the east.

The Shire covers an area of 431.94 square kilometres and has an estimated population of 64,219 who live in close-knit communities which range from typical urban settings to remote and tranquil bush properties